Sonar is currently in alpha stage. We will release comprehensive documentation with our June 2020 milestone.

Sonar is going to be the central part of the next evolution of Archipel and Bermuda.

We are in the process of setting up a docs website for Sonar. The beta site has more information but is still incomplete.

How does it work

Sonar is based on Hypercores. Hypercores are secure append-only logs with built-in replication. Sonar provides a flexible data model and indexing pipeline to build rich secondary indexes on top of Hypercores. Sonar itself is a daemon that exposes an HTTP API, a command-line interface and a management UI. 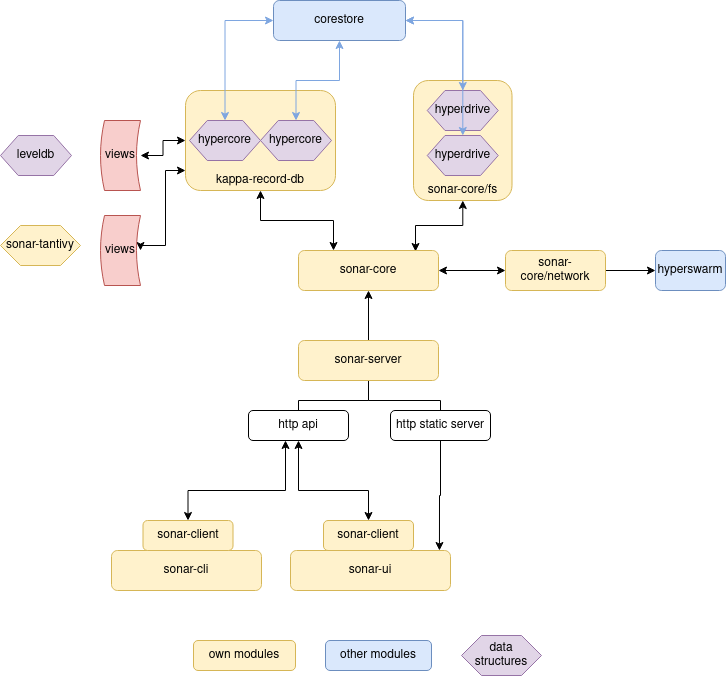 For documentation, please see the Sonar README, it has links to the READMEs of all submodules. More comprehensive documentation will be published on our Docs page, this is still work in progress though.